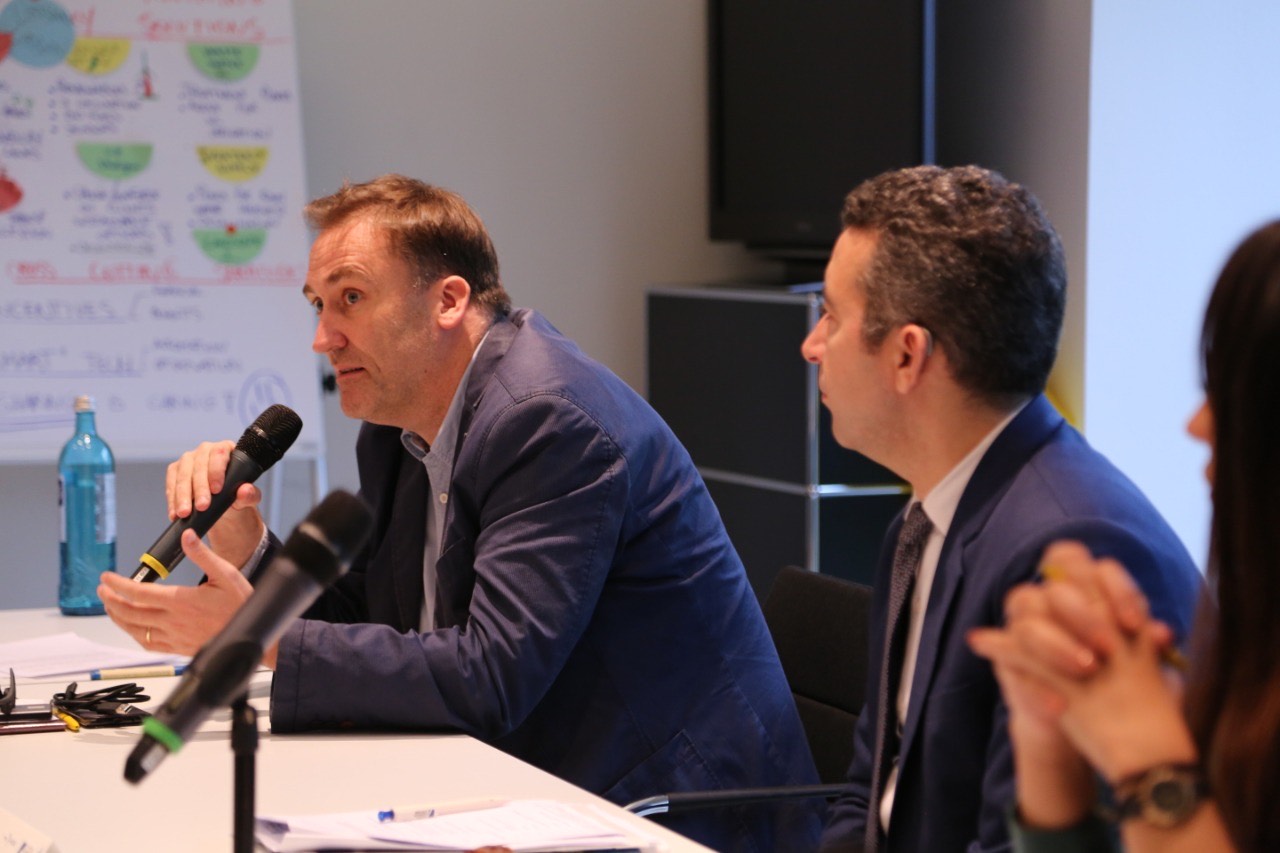 Posted at 04:45h in Uncategorized by medrc

The MENA Academy on Climate Diplomacy came to a close on Sunday November 3rd, 2019 after a week long agenda that brought 25 young MENA participants together in Berlin for a comprehensive capacity building training in climate diplomacy.  The event was co organized by MEDRC and the Konrad-Adenauer-Foundation’s Regional Program on Energy Security and Climate Change in the Middle East and North Africa (KAS- REMENA).

Ciarán Ó Cuinn, MEDRC Center Director attended the final day of the academy where he gave a key note speech and joined in a Q&A session with participants.

Speaking about the academy Mr. Ó Cuinn said, “Supporting transboundary environmental cooperation is a core part of MEDRC’s mission. The climate crisis demands a multilateral focus and new diplomatic tools capable of adapting to shifting political and environmental landscapes. The academy is a valuable opportunity for these most dedicated of participants to learn from best practice, how to support and promote dialogue to ensure continued international cooperation on climate issues”.

The academy set out to demonstrate the importance of climate diplomacy in dealing with the most challenging regional and international environmental, economic and social issues. It drew from interdisciplinary skill-sets and tools and applied them in the context of climate negotiations to develop diplomatic capacities under four main themes;

The call for applications was made in June 2019 and was open to young researchers, policy makers and civil society activists from the MENA region and Turkey. More than 500 people applied to attend out of which 25 excellent young candidates were selected to take part.