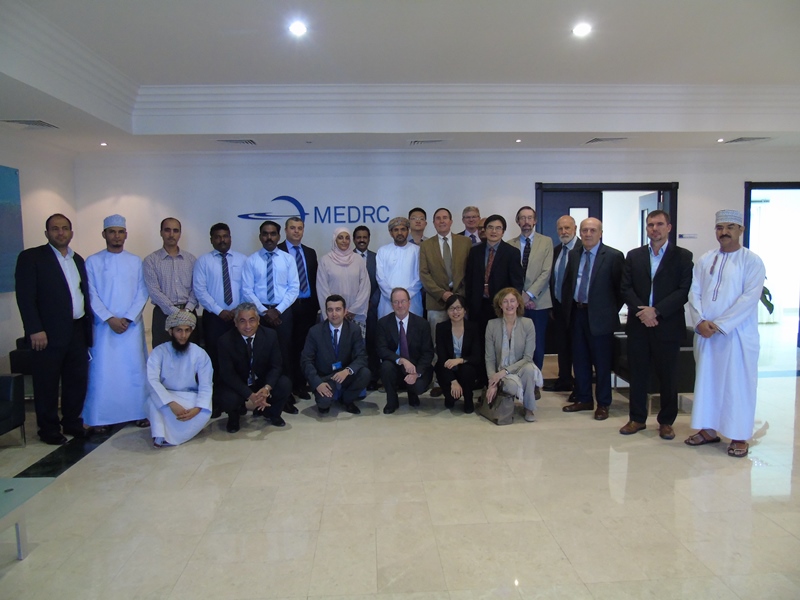 International and local marine experts meeting in the Sultanate have successfully developed what is hailed as a precursor of an early warning system for combatting potentially lethal Red Tide phenomena in Oman and the wider Arabian Gulf region.

The breakthrough was announced by the Muscat-based Middle East Desalination Research Center (MEDRC), an internationally recognised hub for desalination research and training, which is coordinating the global quest for an effective warning system against deadly outbreaks of Red Tide, also known as Harmful Algal Blooms (HABs).

Red Tide occurrences are associated with an array of marine related impacts, including fish kills, clogging of seawater intake systems of refineries and coastal industries, and fouling of beachfronts to the detriment of coastal tourism. At a more serious level, they are also been blamed for the forced shutdown of seawater desalination plants, notably in Oman, thereby endangering supplies of potable water to large numbers of people.

At their deliberations marking the conclusion of the first phase of the study, experts unveiled a “predictive model” that can forecast the likely outbreak of HABs a full three days before the bloom can strike.

The system works by combining the hydrographic modeling of a large part of the ocean, overlaying satellite imagery that identifies HABs from space, overlaying weather forecasts, with particle tracking to create the forecasts, according to a key official associated with this landmark initiative.

“With the new predictive model, together with the HABs and desalination guidance manual to be completed in the upcoming weeks, the desalination utilities in Oman will be warned by the blooms’ invasion three days in advance and will help them to take adequate measures to safeguard their assets and secure them from toxins, which are harmful to human and marine species health,” said Dr Jauad el Kharraz, Head of Research at MEDRC.

“However, an additional effort should be carried out to gather all those utilities to support MEDRC in setting-up a forecast team to make use of this model in an operational way, and hopefully support efforts in improving this early warning system into the future,” he added in comments to the Observer.

The Ministry of Agriculture and Fisheries, as well as The Research Council and the Marine Science and Fisheries Centre, were represented at the MEDRC meetings.  Also in attendance were HABs scientists from the United Arab Emirates, Singapore and the Netherlands.  Sultan Qaboos University and Masdar (UAE) played a notable part in the study as well.

Attendees were given the opportunity to gain hands-on experience in the use of the predictive model over the internet to learn how to make their own HABs predictions. Examples from the United States were used to show how this information can be distributed through a bulletin, akin to how bulletins are currently issued for the Great Lakes, Texas, and Florida, said Ciarán ÓCuinn Director of the Center.

“There is emerging evidence that climate change is already impacting coastal and offshore marine phytoplankton communities, and that future trends may include a rise in the frequency and severity of HABs,” he noted, stressing however that scientific debate at this juncture cannot reliably inform on connections between HABs and climate change, or how severe any effects on HABs may be in the future.

“That said, climate change and increasing nutrient pollution remain potentially causing factors for HABs to occur more often and in locations not previously affected and it may worsen in some regions as well under future climate scenarios. Hence, it’s important for us as scientists and researchers to deepen our research and learn as much as we can about how and why they form and where they are, so that we can reduce their harmful effects,” he stated.

“Given the apparent increase in HABs around the Gulf region and the potential for greater problems as a result of climate change and ocean acidification, substantial research is needed to evaluate the direct and indirect associations between HABs, climate change, ocean acidification, and human health. Regional efforts such as the one led by MEDRC should be encouraged and sustained for the benefit of all the community,” Dr El Kharraz stressed.