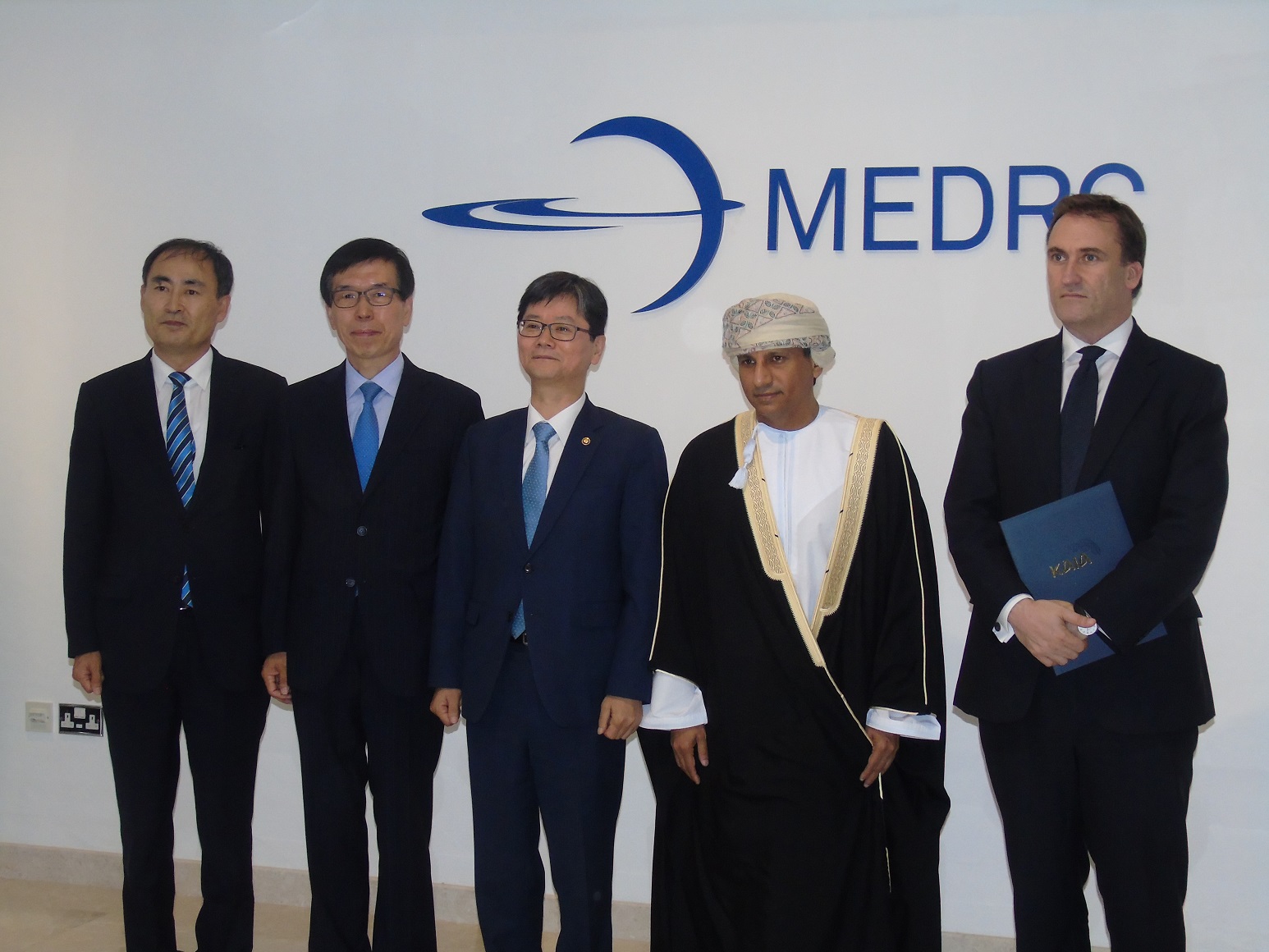 Wednesday 20th September, 2017 at MEDRC Water Research in Al Hail, Muscat, a memorandum of understanding was signed between MEDRC Water Research and Korean organization KAIA (Korea Agency for Infrastructure Technology Advancement). The agreement recognizes common areas of interest between both parties and the potential that exists for mutually beneficial future collaborations. KAIA are a quasi-government organization that manage research programs for the Korean ministry of Land, Infrastructure and Transport. Both parties expressed a desire for cooperative exchange in the field of water resources management, with a particular emphasis on the seawater desalination technologies that are imperative to finding solutions to fresh water scarcity.

Speaking after the event, MEDRC’s Center Director, Ciarán O Cuinn said, “The Government of Korea has worked with MEDRC for 21 years on the search for solutions to fresh water scarcity. In that context, we were deeply honored to receive Minister Byeong-seok at our Headquarters in Muscat today. We also signed an important Mou with the Korea Agency for Infrastructure Technology Advancement (KAIA). Korea is a research powerhouse conducting extraordinary work in the area of desalination and we are delighted with the opportunity to work with the brightest and best of Korea’s researchers.”