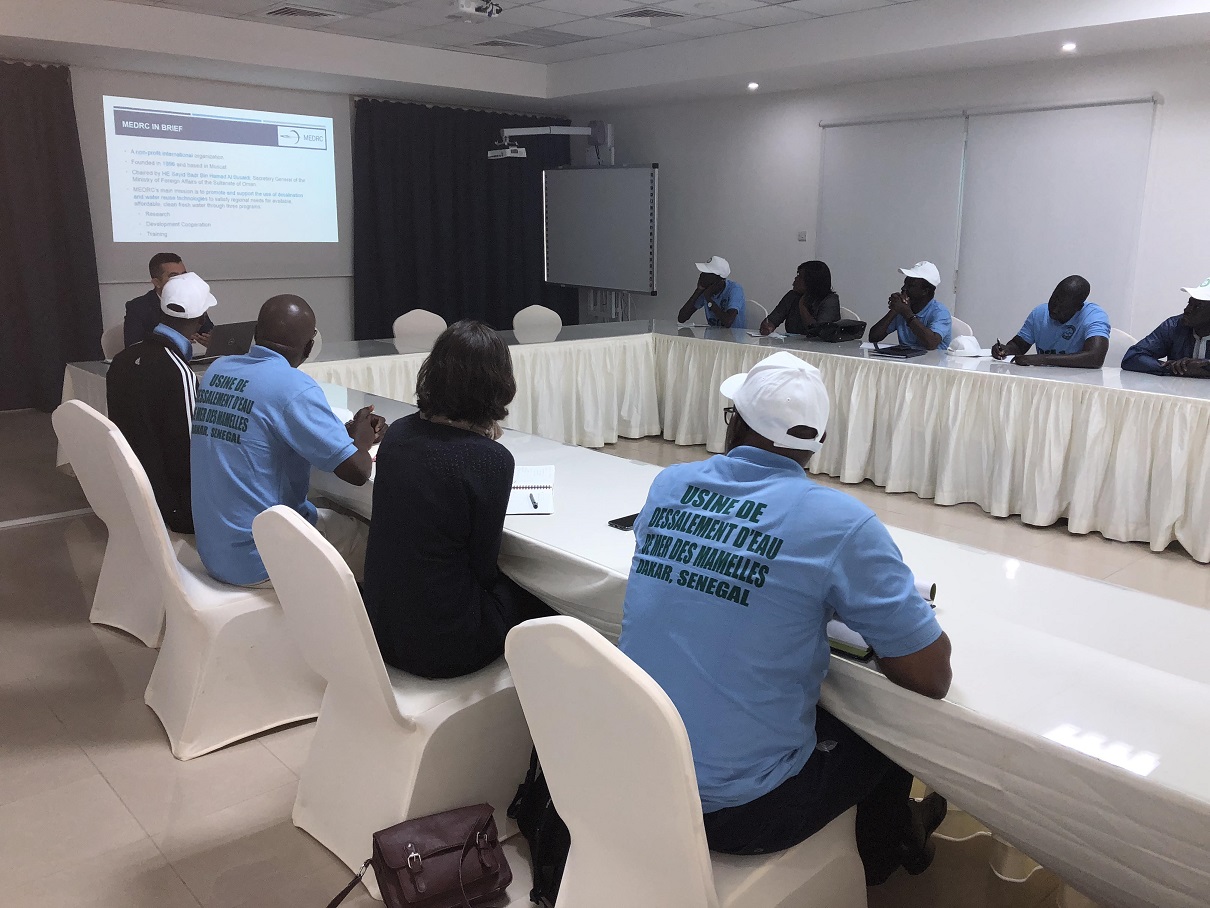 MEDRC received a Senegalese delegation to their facility in Al Hail, Muscat on Sunday May 21st, 2018. In Oman on a technical inspection visit, the delegation took in some of the Sultanates most notable water treatment facilities (Al Ghubrah and Sohar desalination plants) in order to learn from the expertise on offer. The tour was timed as Senegal look to strengthen the country’s water supply capacity, with the construction of the nation’s first desalination plant scheduled for completion in Dakar in 2021.

Their visit to MEDRC builds on the organization’s role as a hub and catalyst for the development of solutions to fresh water scarcity, where they promote international cooperation as a means to address water challenges of the MENA region. Through an agreement with the Islamic Development Bank, MEDRC are working to identify new areas of cooperation relating to desalination research and capacity building within the IDB member states. The visit allowed MEDRC to assess Senegal’s support requirements and to begin to establish a framework for future efforts that could respond to those needs.

Dr. Jauad El Kharraz (Head of Research, MEDRC) gave a presentation on MEDRC’s research activities and an overview of the current status and future of desalination in the region. Topics addressed at the meeting focused on environmental issues, desalination pretreatment technologies and benchmarking construction costs of desalination.

Eng. Riadh Dridi, (Head of Training, MEDRC) led the delegates on a tour of MEDRC’s world class research and training facility, showcasing the reverse osmosis pilot training plant on site and the full program of water training services on offer at MEDRC.

The delegation was made up of both public and private sector and included members of local interest groups representing the fishing industry.

Present on the day were:

· Under prefect, Ministry of the Interior

· Mayor of the Commune of Ouakam, Dakar

· President of the Economic Interest Group for Fishermen of Ouakam, Dakar