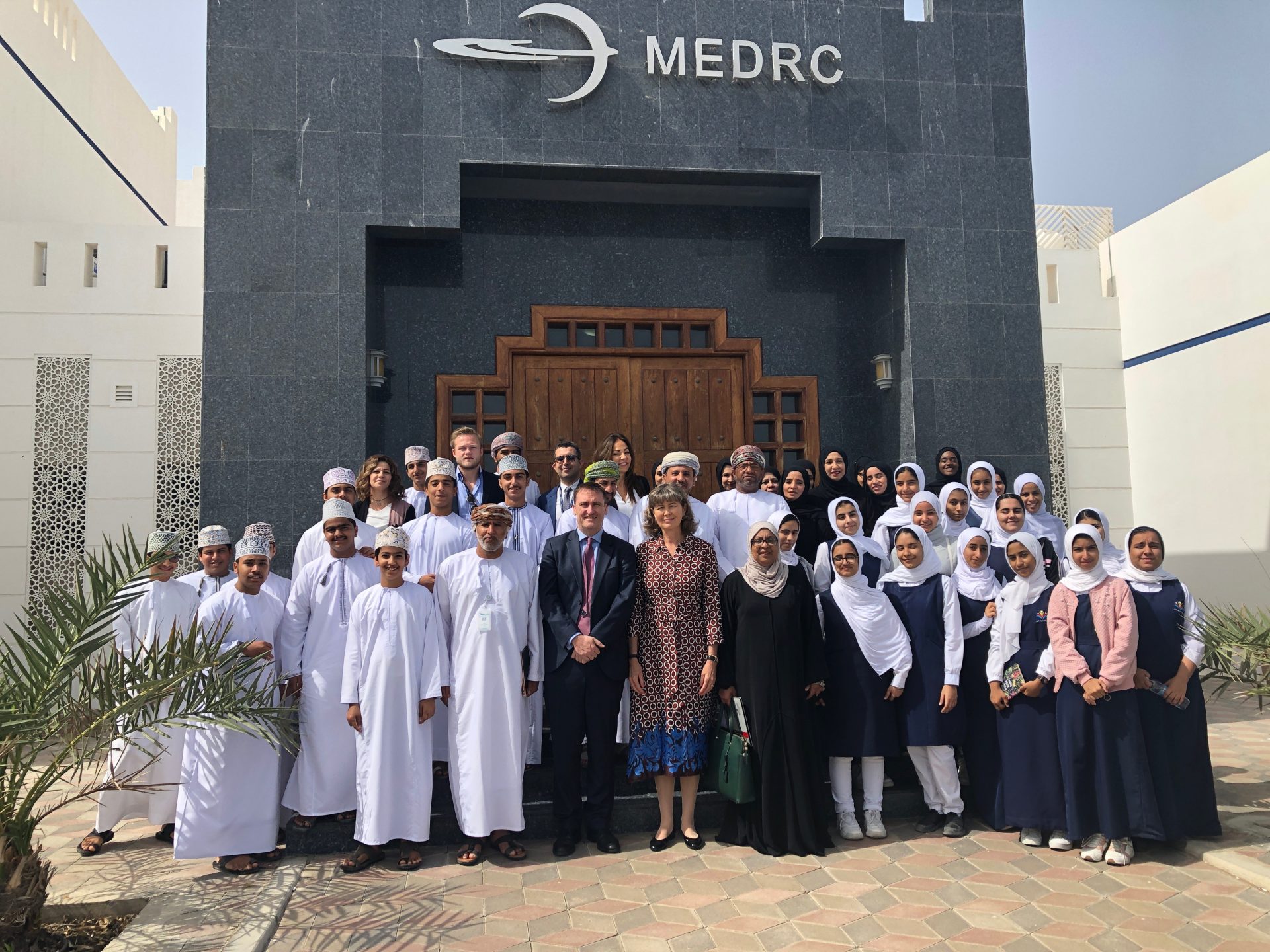 MEDRC Water Research has marked the occasion of world water day with a celebratory event held at the organization’s headquarters, in Al Hail, Muscat. The day’s agenda included a number of official announcements, presentations and exhibitions all delivered under the theme of World Water Day 2019, ‘Leaving No One Behind’.

World Water Day is celebrated on 22 March every year. The UN initiative aims to remind people of the importance of water and has a different theme each year. This year, the
day hopes to highlight the plight of the more than 2.1 billion people across the world who live without access to safe drinking water (WHO/UNICEF 2017) and how this crisis impacts upon their lives and the development of their communities.

During his welcoming address, MEDRC Center Director, Ciarán Ó Cuinn said “Water is critical for energy and agriculture, for social and economic development. Today we highlight that water lies at the core of sustainable development. It is the precious foundation for all human progress”.

Mr. Ciarán Ó Cuinn and Mr. Ahmed Al Mazruai, CEO of MAJIS Industrial Services Company (MAJIS) signed an MoU at the ceremony, signifying the intentions of both parties to collaborate on water research projects. Both organizations will work together this year on a new project funded by The Research Council (TRC) which will explore the potential of reclaiming discarded reverse osmosis desalination membranes and modifying them for reuse in the water treatment industry.

MEDRC also announced the renewal of their partnership with the Embassy of the Kingdom of the Netherlands in Oman to deliver The Young Omani Water Researchers Award in 2019. The award, which is now in its third year running and acts as a platform to showcase high quality water research being conducted in country, while encouraging researchers to focus on water related topics that would be of benefit to Oman’s water sector.

A new initiative, the MEDRC Eco School Prize, was launched at the event. The inaugural inter-school competition, sponsored by the Embassy of the Kingdom of the Netherlands is designed to build greater water and energy use awareness among school children in Oman. Competing schools will draft and enact a school conservation policy, measure and record improvements in usage and spread a message of conservation to their communities through a social media campaign. In preparation, competing schools have visited the MEDRC facility to attend a youth water awareness briefing and the ECO House at Sultan Qaboos University under the guidance of Dr. Salah Al Saadi, Assistant Professor of Building Energy Systems. As part of the celebration, the 5 participating schools each made presentations of their progress to date in the Eco School Prize and showcased a model build of an Eco House.

The event finished with an exhibition of water themed photographs taken by the Seeb Child Care Center’s photography club and included a selection of world water day themed drawings from Sheikh Nasser Boys School in Mawaleh.