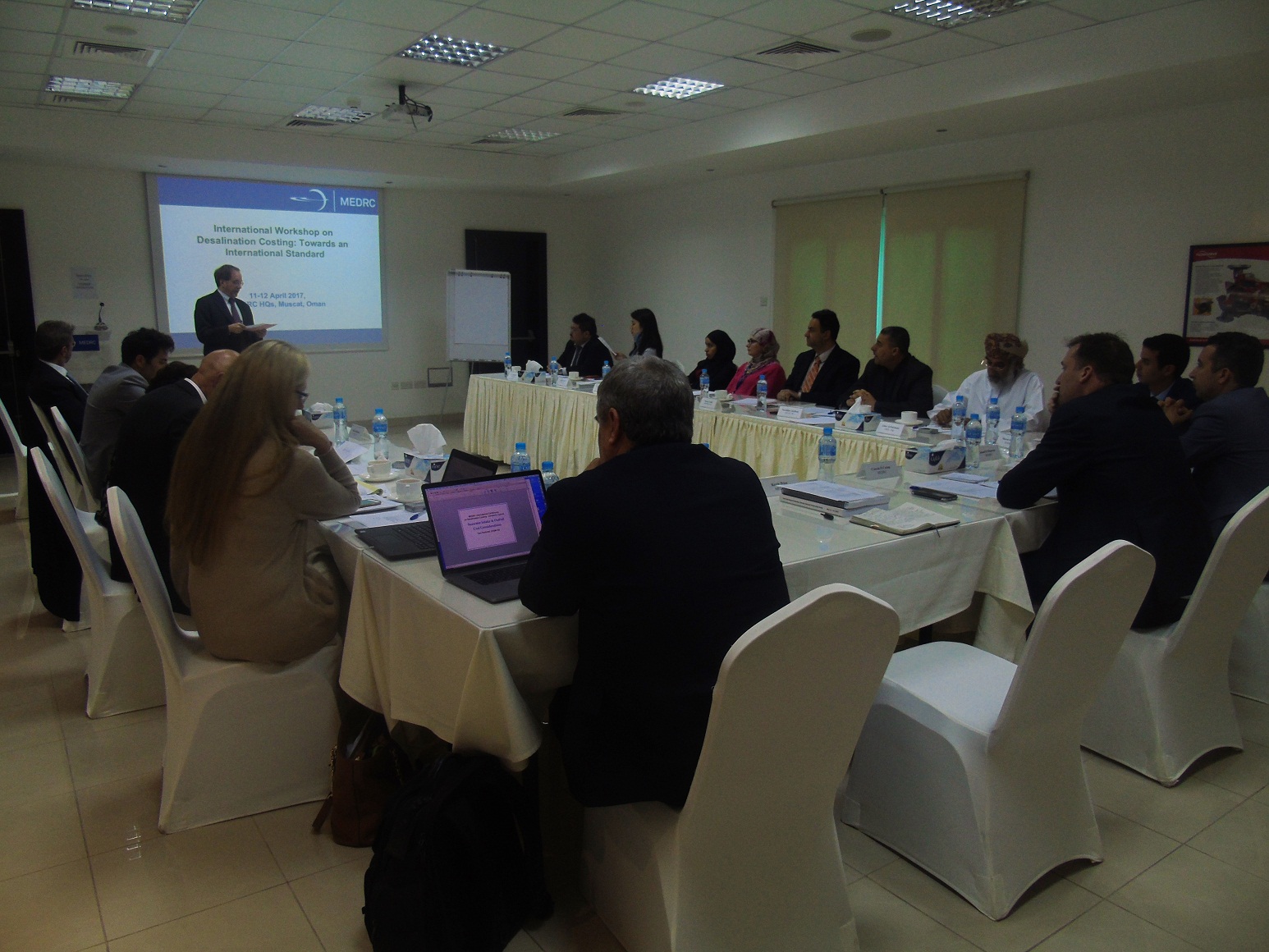 In advance of the International Costing Conference 2018

The MEDRC Water Research workshop, held at the MEDRC Water Research facility in Muscat, Oman, discussed how costs are being calculated; how costs are being reported; what procedures might be used to directly compare desalination costs; and what is recommended. Recommendations from the workshop will be used to structure an international conference leading to a global standard for comparing the costs of desalination facilities around the world. This information is not only of value for various decision makers, governments and institutions, it will lead to better investments in research and better prioritization of investments through benchmarking.

The workshop focused on the following important points:

The workshop is a first step towards developing an international standard of costing with a view to launching it at an International Conference, to be held in Cyprus in 2018.