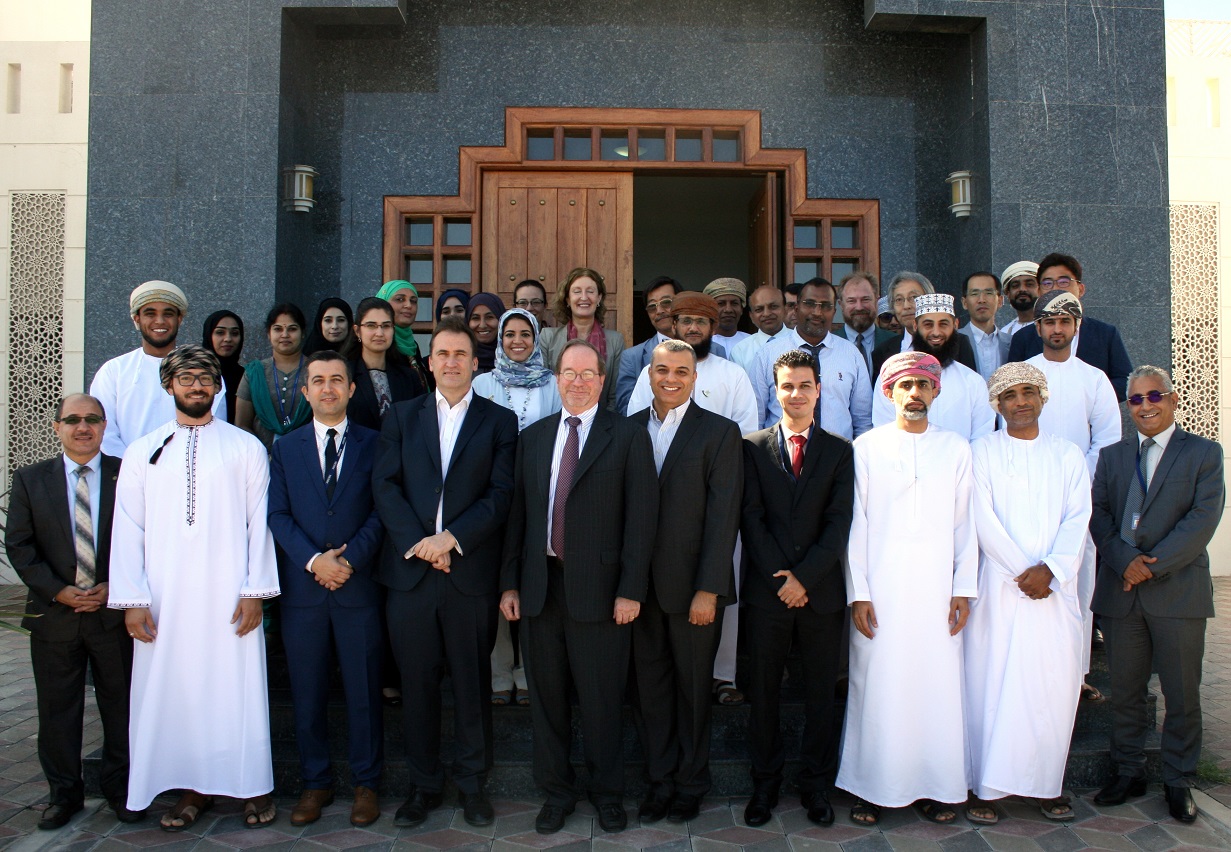 Following the recent successful launch of the world’s first guidance manual on Harmful Algal Blooms (MEDRC & UNESCO IOC), MEDRC Water Research are once again putting HABs centerstage by hosting an International Workshop on the topic, at their facility in Al Hail, Muscat.

The workshop: ‘Harmful Algal Blooms (HABs) & Desalination Plants: Towards an Operational Early Warning System’ was attended by a host of renowned experts, who gathered to discuss the delivery of an early warning system capable of predicting the occurrence of HAB’s and issuing alerts to Omani desalination plants.

Addressing the workshop, MEDRC Center Director Ciarán Ó Cuinn stated; “MEDRC is about bringing researchers, governments and practitioners together to tackle the pressing water issues we face. HABs is one such issue and we are honored to host this extraordinary gathering today in Muscat.”

In many arid regions, countries are increasingly reliant on seawater desalination plants to guarantee supply of drinking water. Commonly referred to as Red Tide, HAB’s present a serious threat to desalination plants by clogging filters and fouling membranes which can disrupt flow and reduce productivity. In extreme cases HAB’s may even force a partial or full shut down of a desalination plant. The challenges posed by HAB’s are not limited to their impact on plants productivity but also to the potential for their harmful toxins to finish up in produced water.

Delivery of an early warning system would limit the impact from HABs by preventing blooms from reaching seawater reverse osmosis (SWRO) plants in the first place, while also mitigating their effects through pre-treatment and other actions within the plant once intake has occurred.

Head of Research at MEDRC Water Research, Dr. Jauad El Kharraz said, “Harmful algal blooms (HABs) have increased in both frequency and intensity in the last two decades, driven by climate change and activities that introduce growth-stimulating nutrients into waterways. Frequent HABs have been on the rise in the coastal waters of Oman. Such HABs kill fish and produce toxins that are harmful to human health. These consequences have increased the pressure upon us as researchers, but also on desalination operators to closely monitor for the onset of HABs and prepare to respond. An early warning system for HAB’s would be a practical and efficient scientific response to the threats that they pose. By gathering these experts and stakeholders here today, we are making progress to achieving that.