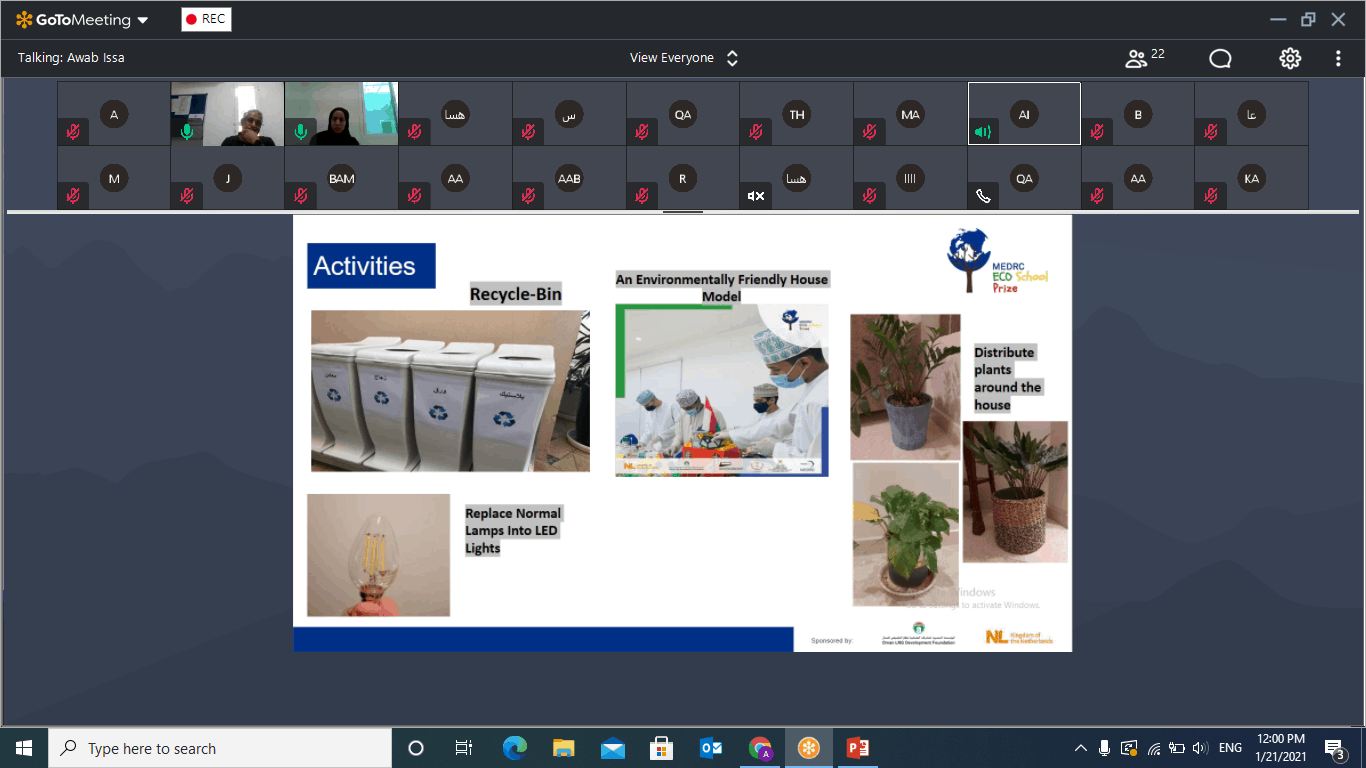 Posted at 07:57h in Uncategorized by medrc

The judging panel of the MEDRC Eco School prize gathered today through an online platform to reach a decision on which of the 5 competing schools are to be declared winners.

The panel includes nominated representatives from the Ministry of Education, Haya Water, The Embassy of the Kingdom of the Netherlands in Oman, Sultan Qaboos University (SQU), Oman LNG, the Ministry of Higher education, Scientific Research and Innovation, the Oman Film Society and MEDRC.

Sponsored by Oman LNG Development Foundation and the Embassy of the Kingdom of the Netherlands in Oman, the inaugural inter-school competition was launched by MEDRC on World Water Day in March of 2019 and is designed to build greater water and energy awareness among school students in Oman by teaching them of the importance of both and why conservation of natural resources is vital for sustainable development.

The participating schools will be evaluated on the impact of the activities that have taken place throughout the competition, including the implementation of conservation practices in their homes, improvements in recorded water and energy consumption and awareness campaigns.

Under the best video category, students were tasked with creating engaging short videos for social media distribution where they were solely responsible for ideation, planning, storyboard, recording and editing of the projects.

The judge’s decision will be announced on February 3, 2021 at an official award ceremony held under the auspices of H.E. Dr. Saif Al Haddabi, Undersecretary of Scientific Research and Innovation at the Ministry of Higher Education, Scientific Research and Innovation and with the attendance of H.E. Laetitia van Asch, Ambassador of the of the Kingdom of the Netherlands in Oman and Harib Al Kitani, CEO of Oman LNG.