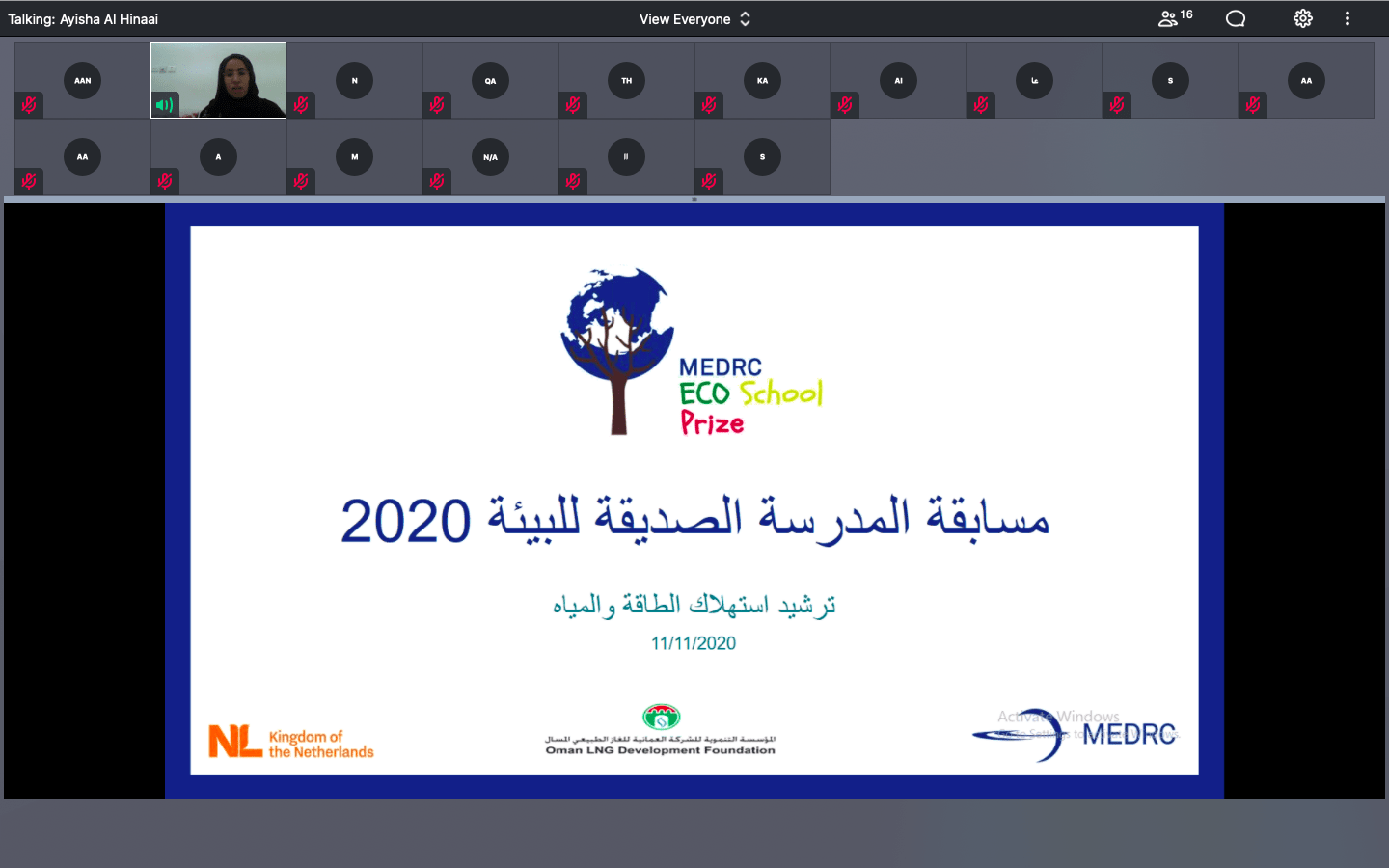 Posted at 03:54h in Uncategorized by medrc

For the second year in a row, MEDRC has launched its Eco School Prize, an inter-school competition designed to build greater water and energy use awareness among school children in Oman.

Sponsored by the Embassy of the Kingdom of the Netherlands and Oman LNG Development Foundation, five schools (Anas bin Nader, Kaab bin Zaid School, Barka bint Thalaba, Jamila bint Thabit, Atika bint Zaid) were nominated by the Seeb office of the Directorate General of Education to compete for the prize. Each school appointed 5 students to represent the school in a kick off meeting held online today where Eng. Ayisha Al Hinaai, Research project Manager at MEDRC, delivered a youth water and energy awareness workshop to the students.

Competing schools will also attend a virtual tour of an Eco House as one of the activities in a series of activities expected in the upcoming weeks. The virtual tour will demonstrate simple yet effective techniques students can adopt in their own homes to save energy and water.

Each school will eventually present the progress they have achieved in their homes to conserve water and energy and the steps they have taken to achieve this. Students will also showcase the efforts they made in spreading the message to the rest of their communities and school.

In parallel with the prize, a video competition was also launched in an effort to raise awareness through film. Participating students will attend an online film making workshop with an expert from the Oman Film Society and create a 3-minute awareness video each for social media.

An esteemed panel of judges with representatives from the private and public sector will be tasked to select the overall prize winner as well as the best video award.