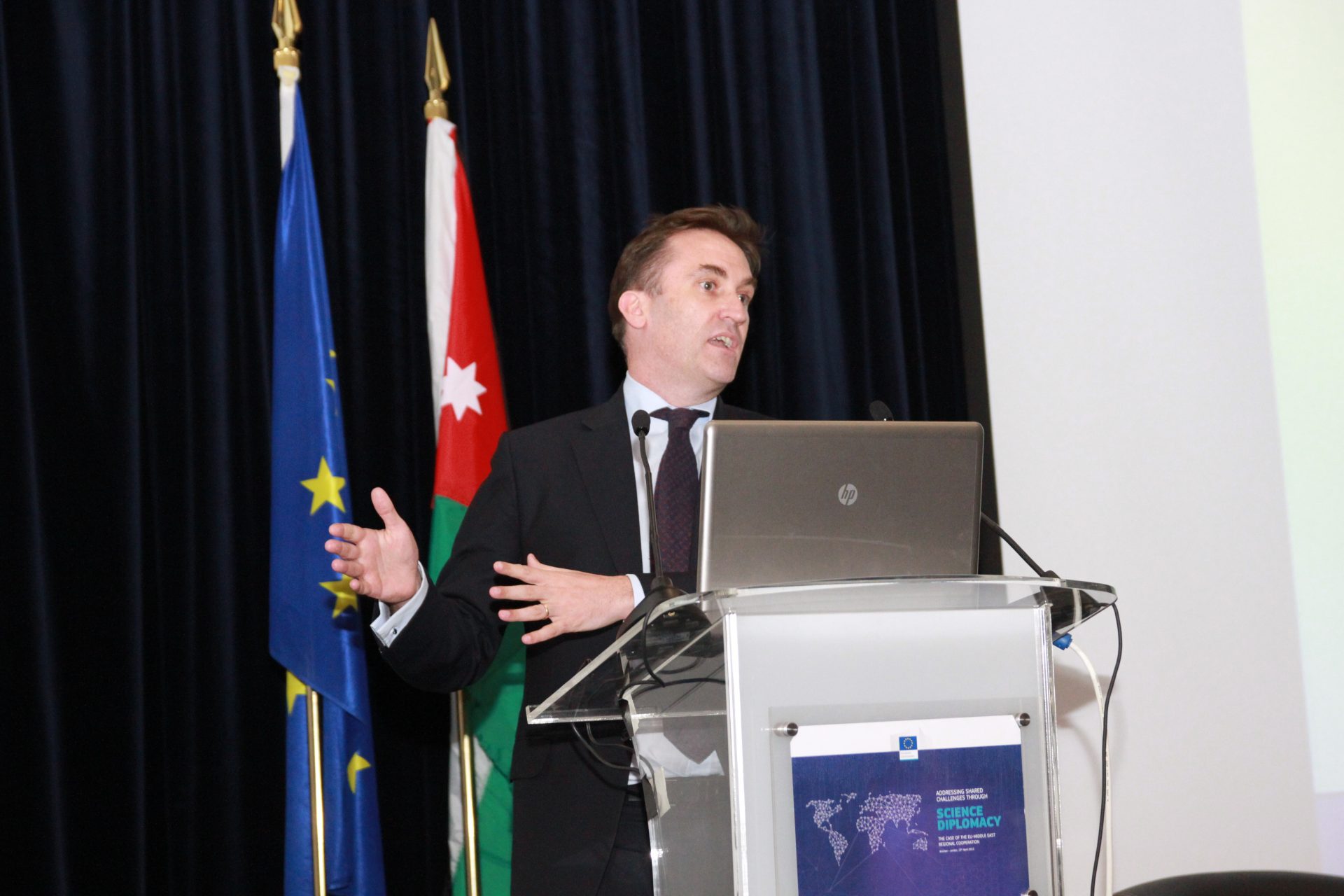 The Conference entitled ‘Addressing shared challenges through science diplomacy: the case of the EU-Middle East regional cooperation,’ was attended by EU Commissioner Carlos Moedas and Her Royal Highness Princess Soumaya bint Al Hassan who both stressed the links between scientific cooperation and the peace.